iOS 7 is here. And the reviews are in. 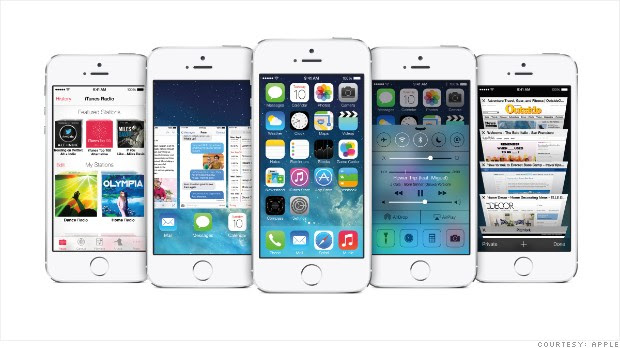 iOS 7 is a complete overhaul of the system, throwing out just about every visual element from previous iterations and building on a new system of whitespace, transparency, and motion. Here is a quick iOS 7 review round-up from around the web:

The colours will dazzle you, the apps will pow and pop at you, and you’ll wonder why you pressed the upgrade button so quickly. But after a brief moment, the panic subsides and you’ll realise that you’ve got an OS that makes your phone seem shiny, new, and enjoyable.

Nobody likes change, but sometimes change is for the best. iOS 7 is one of those changes.

There’s no question that iOS 7 will be a dramatic change from the iOS many users already know and love, but on balance it’s an update packed with plenty of new features that make using Apple’s mobile devices easier and more enjoyable.

There are too many new features in iOS 7 to list here, but it’s a big improvement.

I think you should install it. The structure, layout and features represent some of Apple’s best work. The look of iOS 7 — well, that judgment is up to you.

In my view, iOS is still simpler to use than Android, and made even simpler in iOS 7.

And in case you missed it, here is Apple's iOS 7 promo from WWDC: